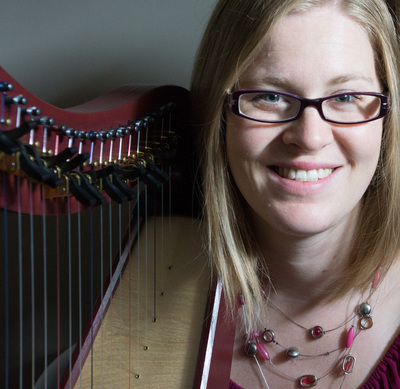 Ana has been playing instruments since she was 5 and has been writing music since she was 13. While she can play trumpet and organ, her main instruments of choice are piano, harp and guitar. She also sings, and has sung in various choirs over the years, including Foothills Philharmonic Chorus and the Foothills Philharmonic Chamber, Jazz & Opera Chorus, Da Capo Singers and Menno Singers. Ana's sacred and secular compositions range from piano solos, piano and voice, guitar and voice, choral pieces, musical scores, and harp songs.

Ana put on her first concert of her music in 1999 and recorded her first CD, of which she has sold many copies. Ana then did a series of concerts in 2003, and has been sharing her music at music festivals, coffee houses, weddings, nursing homes, conferences, churches and now online through Youtube.

She and William Loewen wrote a musical together about Anabaptist history called The Shadows Of Grossmunster, for which Ana wrote the score. They put on the musical in 2007 in St. Jacobs, ON, with all shows sold out. Since 2011, Ana has recorded 5 albums of her piano and guitar music, which is the best of her compositions from 1995-present, as well as a Christmas album.

Ana is currently the accompanist for the Foothills Philharmonic Chorus, for which she has played piano, organ and harp, and teaches harp. As a freelance musician, Ana plays or sings at weddings, funerals and other events, as well as provides choral accompaniment. She has written resources for churches, as well as hymns and choral pieces. While Ana was in Uganda in 2000, she wrote over 100 songs on her Ugandan harp and many of those songs have been recorded and are on her Youtube channel.

She is a mother of three and currently lives in Alberta, Canada.